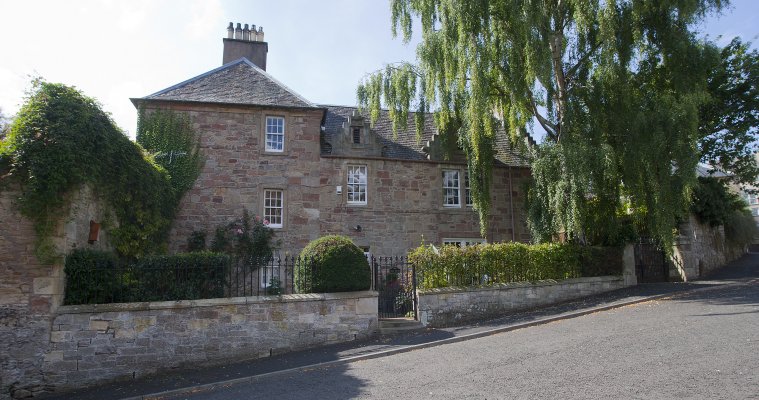 The land and the original house had belonged to the Abbey and was granted in 1610 to Alexander, Earl of Home by King James VI. It was known then as the Wrain's Nest. Later in the century records show that it was granted by the Earl of Lothian to the Laird of Edgerston, who was presumably responsible for some rebuilding.

It was acquired in 1821 by the Jedburgh Academy, a renowned boarding school, and the schoolrooms were built in about 1843. They burnt down in 1911 but the remaining buildings contain remnants of 17th and 18th century architecture.

Locally known as “ the Nest Academy”, in the 1861 census there were 28 boarders, mostly from Scotland but including boys from England, Germany and India. There were four teachers. The initials GF and MM in the gableheads stand for George Fyfe and Marion Millar; he was the headmaster and she was the Keeper of the Academy. They were married in December 1862.

The story goes that the boys had to bathe in the River Jed every morning before lessons, whatever the season. The Academy finally closed at the beginning of the 20th century, and the house was subsequently converted into two dwellings. 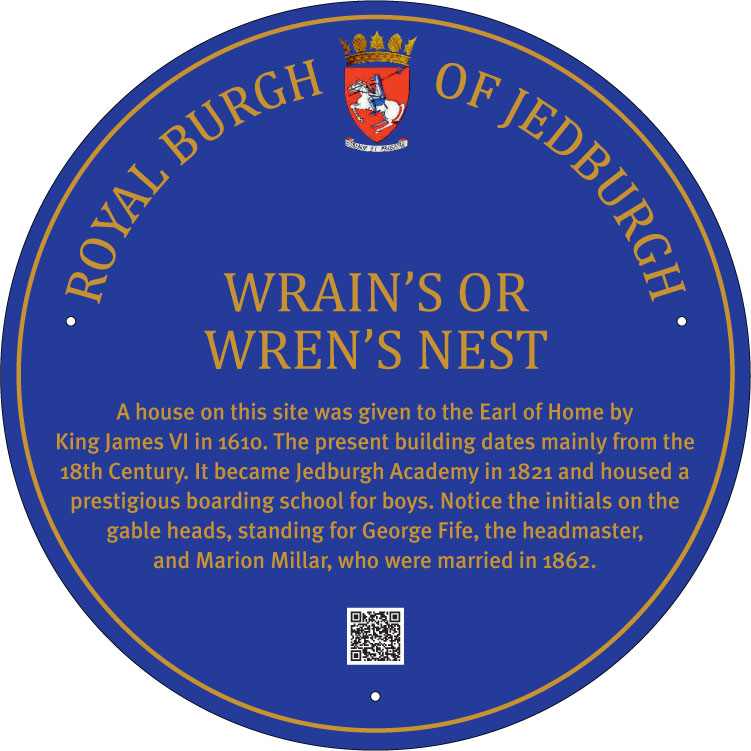