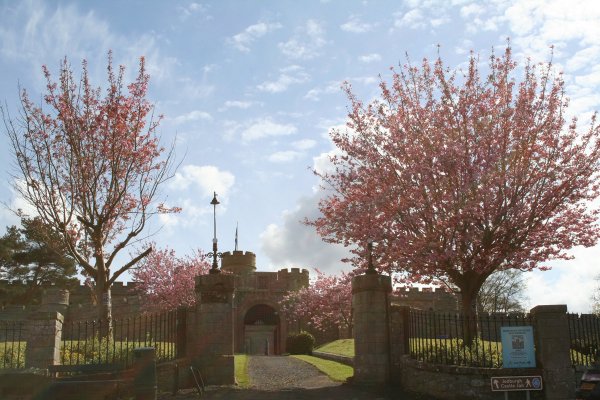 Entry to Jedburgh was controlled by four Ports or Gates, one at each point of access to the burgh, and along with boundary fences and ditches provided a necessary part of its defences. They also provided a means of controlling people, goods and animals entering the burgh and as such were a means of regulating trade within the royal burgh. They would be closed at night or when danger threatened the town.

Other ports were at the east end of the Canongate and at Burnwynd where it crossed the Skiprunning Burn. There was evidently another at an unknown location towards the north end of the town.

The Ports no longer exist but old maps give evidence of their positions by a narrowing of the roadways (see Ainslie, 1780). This port may have been used as the Townhead Toll when the toll roads were built in the 18th century. 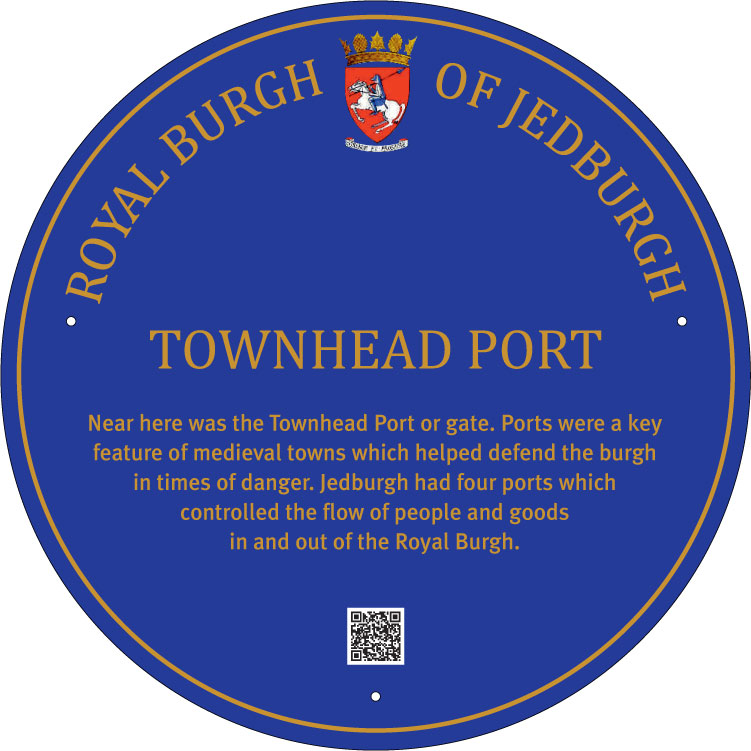