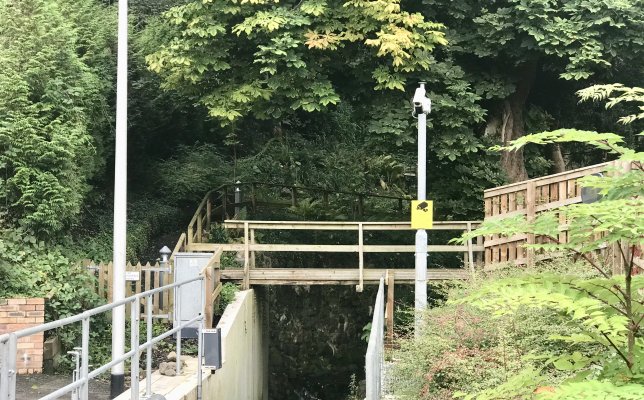 This waterway with its evocative name has played an important role in the life of the burgh. Although mostly hidden nowadays, it can make its presence felt even today.

This burn runs behind the buildings of the Castlegate and High Street until it reaches the River Jed at Townfoot. It is now culverted along its length from Larkhallburn House to its

It is a burn that has different names over time and at different stages. It is known variously as the Town Burn, the Back Burn and the Skiprunning Burn. Over the latter there is speculation about the name “Skiprunning”, its origins and the name indeed changes its form from document to document. However, the name implies a waterway of some steepness, liveliness and force. At different points it also changes its name, the upper reaches being often called the Larkhall Burn and lower down Friars Burn. Its outfall was also changed when a cauld (i.e. a weir or dam on a river to divert the water into a mill-lade) was constructed on the Jed to serve the mills with waterpower. The burn is enhanced by the waters of several cleuchs, small streams in steep valleys tumbling down the valley sides.

It is likely that the burn formed part of the early defences of the town, as the burn bound the burgage plots on that side of the burgh. In early maps we see the burn quite clearly, wending its way south to north, behind and through the buildings of the town. At points, small bridges crossed it, at others, such as in BurnWynd (Exchange Street) a main thoroughfare crossed it.

It is believed that the Abbey derived at least some of its water supply from the burn, water being piped from the upper reaches of the burn. Over the years it would have had several uses, as a water supply, perhaps to drive machinery, and certainly as a way of carrying away waste.

Above the town the banks were formed by open fields and orchards which provided the townsfolk, the youth in particular, with a pleasant leisure grounds, such as “the Lambskins gowany haughs”. Local legend has Bonnie prince Charlie in 1745 taking time out from his military burdens to leave his lodgings in Blackhills Close and walk up the glen and sit on a stone (now lost) in contemplation.beside the burn.

No doubt in times of spate, the burn would flood the buildings around it and perhaps that was one reason why it was culverted. However over more recent years the burns continued to cause the townsfolk problems, as the culvert would back up and overflow at times of heavy rainfall. In 2012, the Skiprunning Burn overcame its culvert and the flood poured through the closes of the Castlegate and flowed through the buildings and through the streets. It took recent major works and modern technology to overcome the problem. 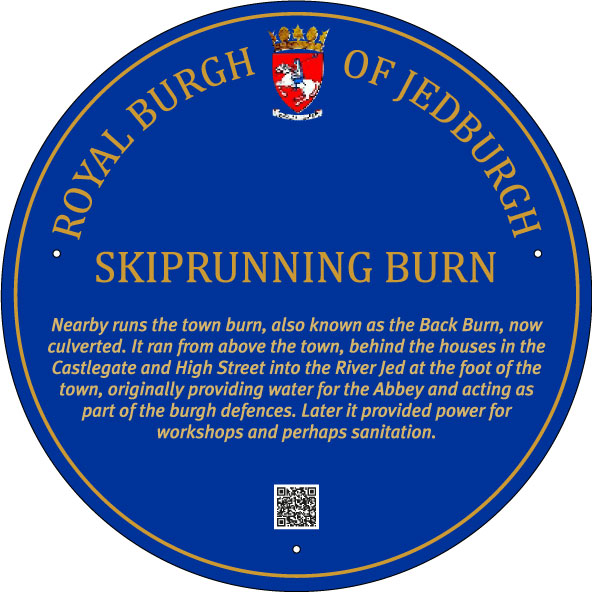