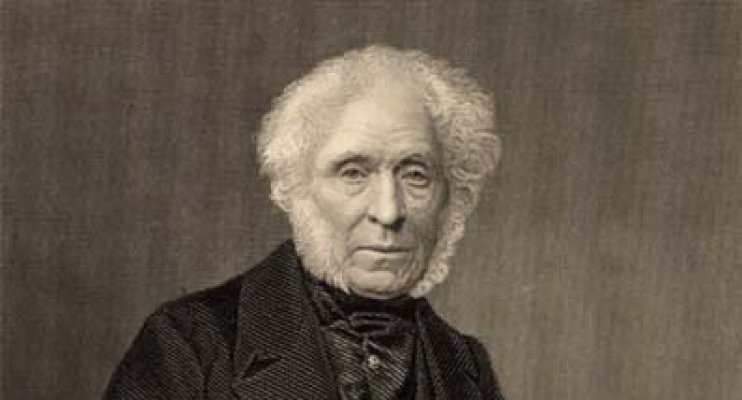 He was born in the Canongate in Jedburgh, Roxburghshire, to Margaret Key and James Brewster (c. 1735–1815), the rector of Jedburgh Grammar School and a teacher of high reputation. The Rector would probably have taken in boarders also.

David became friendly with JamesVeitch, the optical instrument maker, astronomer and mathematician at Inchbonny. Veitch encouraged David in his interest in science and mathematics and they became firm friends. It is said that David was afraid to walk home in the dark from sessions with Veitch, who would walk with him until they could see the outline of the abbey.

David attended Edinburgh Universtity from the age of 12, intending to become a minister of the Church of Scotland, and although ordained, he only preached once. His early interest in natural sciences, sparked by James Veitch, remained too strong and he went on instead to study the science of light, becoming celebrated for his work on optics and polarized light, Brewster’s Angle being named after him. He was also a great writer on and populariser of science.

He was a prolific writer on science and edited amongst other publications, volumes of the Encyclopaedia Britannica. He became Principal of first St Andrews and then Edinburgh Universities. He received many honours and awards both at home and internationally.

He is remembered popularly for the invention of the kaleidoscope, though he received little financial reward for it. As a reflection of this fame, however, a Brewster portrait was later printed in some cigar boxes.

He was a great friend of the photographer Fox-Talbot the photography pioneer and invented the stereoscope, a 3-d viewing device, from which he gained some income.

A much more valuable and practical result of Brewster's optical researches was the improvement of the British lighthouse system. He was instrumental in describing and promoting the use of the dioptric Fresnel lens and it was finally introduced into lighthouses mainly through Brewster's persistent efforts.

He died in 1868 and was buried in Melrose Abbey. Like Mary Somerville, he had a crater on the moon named after him. 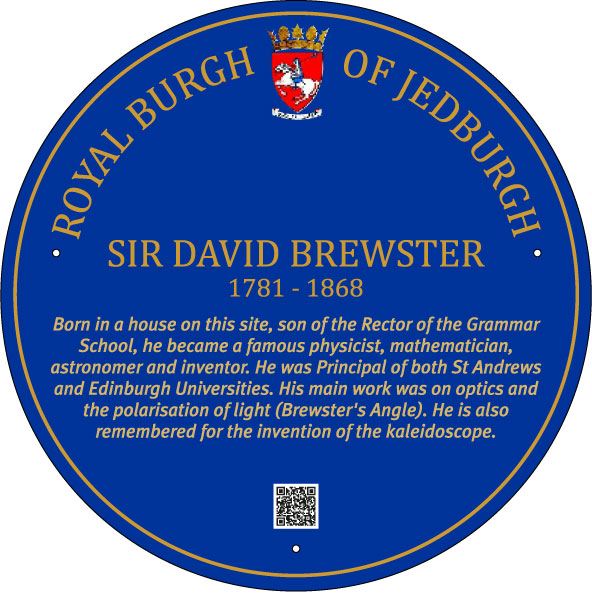