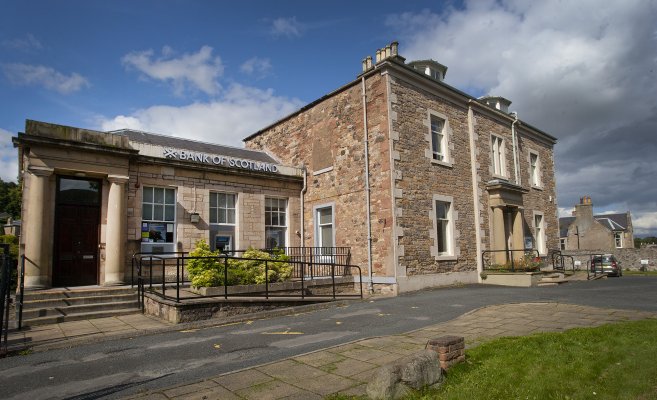 Born in Jedburgh, Robert Shortreed lived in this house and became a close friend of Sir Walter Scott. Together, when their legal work allowed, they travelled the remote corners of Roxburghshire, their “Liddesdale Raids”, collecting ballads, stories and legends from the oral traditions of the Borders, which otherwise would have been lost. These were published as The Minstrelsy of the Scottish Borders.

Scott was much saddened on hearing of his death in 1829:

Heard of the death of poor Bob Shortreed, the companion of many a long ride among the hills in quest of old ballads. He was a merry companion, a good singer and mimic, and full of Scottish drollery. In his company, and under his guidance, I was able to see much of rural society in the mountains which I could not otherwise have attained, and which I have made my use of. He was, in addition, a man of worth and character. I always burdened his hospitality while at Jedburgh on the Circuit, and have been useful to some of his family.

He was buried in Jedburgh Abbey Graveyard. 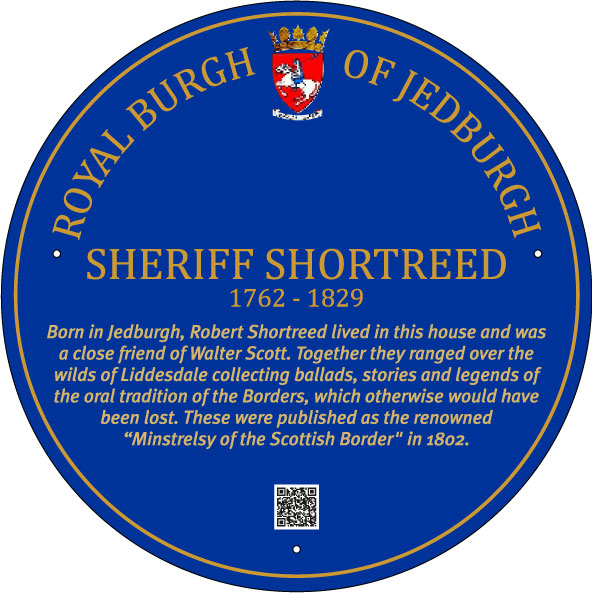