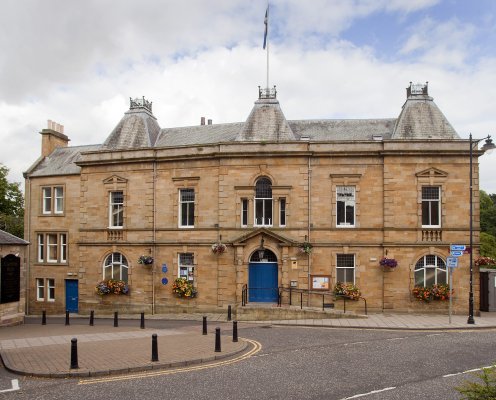 Abbey Place
The Public Hall was opened in 1901. It was built to replace the Corn Exchange which had burnt down in 1898 as the main public building in Jedburgh. The architect was JP Allison of Hawick and it is described as a “2-storey 5-bay Franco-Renaissance” style town hall and was designed to accommodate 800. The name of the Provost of the time, J Sword, is carved above the architrave.

In 1914 the hall was the drill station for "C" Squadron, Lothian & Borders Horse and for "A" Company, 4th battalion, King's Own Scottish Borderers.

JM Barrie, (author of Peter Pan) was a leading contributor to a Bazaar here in 1928 to raise money to buy Queen Mary’s House for the burgh.

The Hall continues to play an important part in Jedburgh life.

Two of the arched apartments of an old malt barn remain below the building. At one time it also housed the town armoury.


Malt Trade
The trade in *malt with England was an important source of income until the Union of the Parliaments in 1707. One historian recounts that there were 40 such malt barns and kilns in Jedburgh in the 17th century. In Scotland malt, which was used for the production of beer, was not taxed. Being close to the border, Jedburgh could trade illicitly with England, where malt was taxed. But with the extension of the Malt Tax to Scotland this trade ended. Some said that this broke the terms of the Treaty of Union of 1707 and attempts were made in Parliament at Westminster to have the Union dissolved. The Scots petitioned Queen Anne but the Tax was imposed anyway. Jedburgh suffered enormously as a result. The population and industry declined and the burgh faced bankruptcy until new manufacturing opportunities opened up.

* Malt is germinated cereal grains, usually barley, that have been dried in a process known as "malting". The grains are made to germinate by soaking in water, and are then halted from germinating further by drying with hot air. Malted barley was used in making beer and ales. 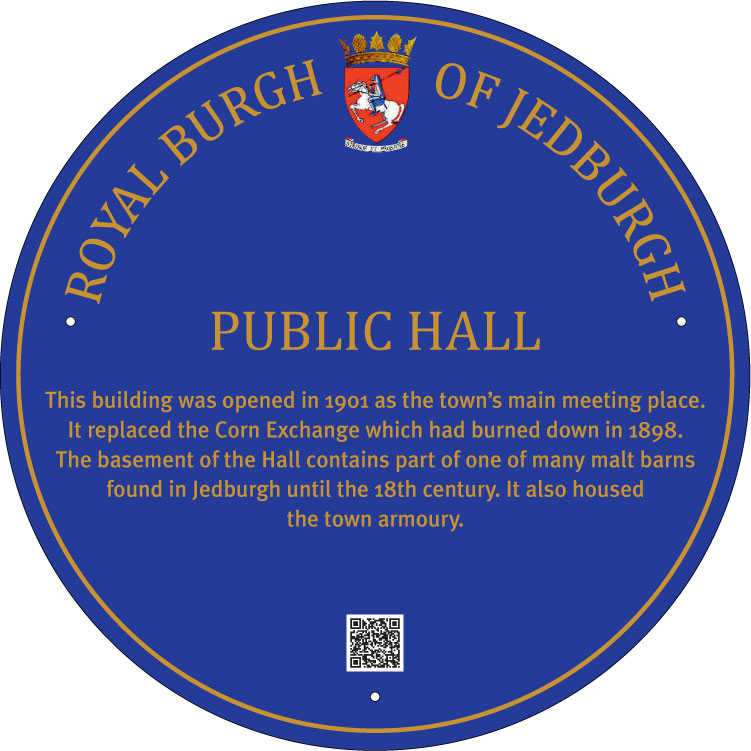