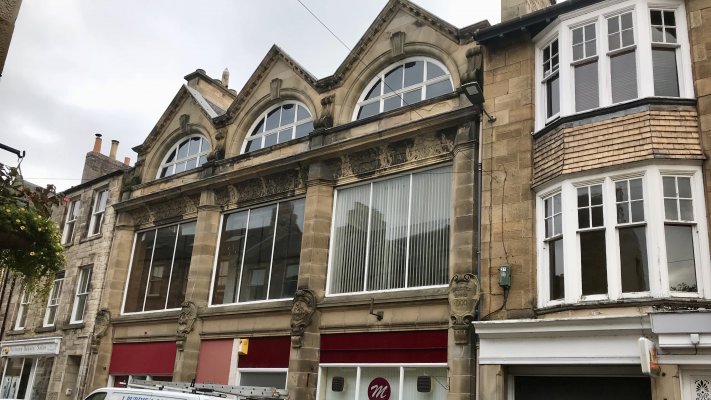 The street was originally known as Burn Wynd, one of the principal streets of the burgh. The Port House was probably named for the ancient burgh PORT, or gate, which stood at the end of this street to control access to the town.

This current building replaced the Corn Exchange, which stood on this site but was destroyed by fire in 1898. Alas, the Corn Exchange contained the burgh museum and many precious ancient artefacts were lost.

The building opened for business in 1900 as a department store for the Cooperative Society. Designed by James Pearson Alison it contains many interesting architectural features and is one of the first examples in the east of Scotland of a steel-framed building. Note the large windows, which the style of construction allowed. Many attractive and interesting architectural features are included in the structure, including the burgh arms. 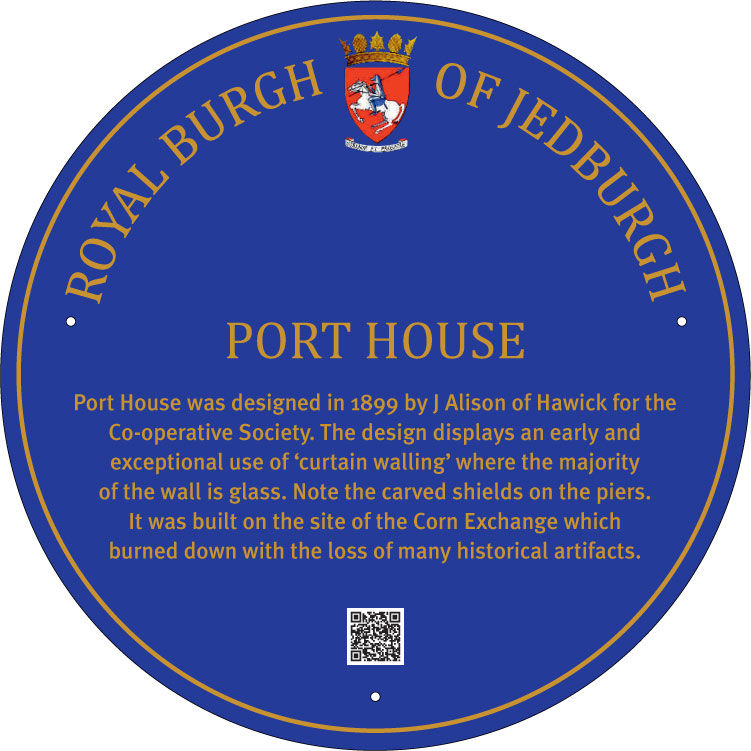