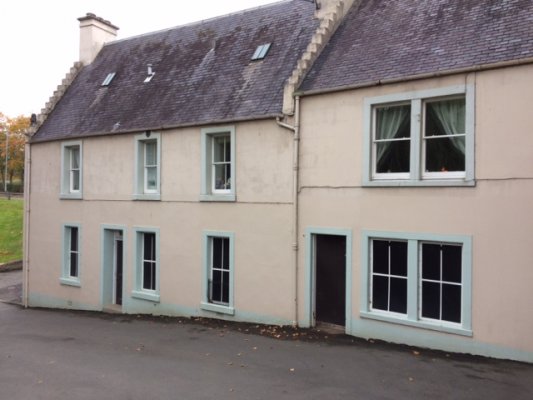 There is evidence of a Piper being employed in Jedburgh from the early 16th century at least. The post became heritable in the Hastie family, who provided generations of pipers until the early 19th century, when other forms of communication took over.

Town pipers were a European-wide tradition and may have derived from wandering minstrels. However, those employed by towns like Jedburgh had official status and respect, often being granted a “piper’s croft”, a house and a small plot of land. In Jedburgh, tradition has it that the house near the Canongate Bridge was the home of the Hastie family, the burgh pipers. A small effigy sits on the corbelled gable.

The piper, often along with a ‘swasher’ or drummer, was required to go around the town at 4 am and again at 7pm. He could lose his wages or be imprisoned if he failed to carry out this duty. He may have had a uniform or livery of sorts and might also have turned out to lead processions or when there was a celebration. There is a record from the mid-18th century that the last piper, Robin Hastie, had a coat with red sleeves and collar, large buckles on his shoes, and a tricorn hat. His swasher at the time was Watty Boyd.

It is believed that the pipers would have retained the traditional tunes and perhaps even the songs and stories of the oral tradition. Their pipes may not have been the Highland ‘great pipe’ but a smaller bellows pipe common in the Borders.

The last piper, Robert or Robin Hastie, died probably at the beginning of the 19th century. He was well-known to Sir Walter Scott, whose own uncle, Mr Thomas Scott, living locally at Monklaw, was a renowned piper and a fund of knowledge about the Border pipers. Walter Scott wrote in “Old Mortality” about the town pipers, probably from first-hand knowledge. Alas, towards the end of his life the last piper’s skills had diminished and he was a “wretched performer”. Alas, many traditional songs and tunes may have died with him. 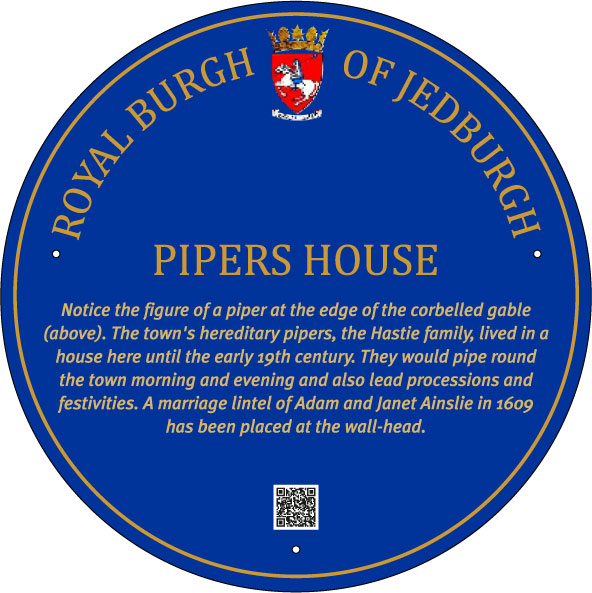