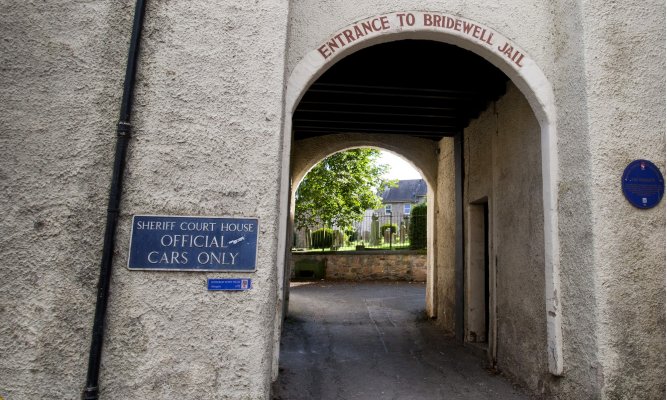 The Newgate probably occupied the site of the principal entrance to the Abbey precinct. Later the Newgate arch bridged the Kirk Wynd leading to the Parish Church in the Abbey. The arch or pend would have been closed by two pairs of folding gates. Within the arch are two prison cells.

The spire was only completed in 1791, at the expense of Sir Hew Dalrymple who was standing for election at the time.

The building would have contained a jail or bridewell and courthouse, replacing the Tolbooth which had stood at the top of the Canongate.

The coat of arms and over the gateway was placed there when a public well which had stood in the market place was demolished. The date does not pertain to the Newgate building.

The archway provided access for those attending services in the Parish Church. They would make their way by the “kirkstile” way through the churchyard to the north side of the abbey where a porch was built. The Parish Church occupied part of the former abbey from 1560 until 1875.

Through the arch you can access the Ramparts and see the old Churchyard. 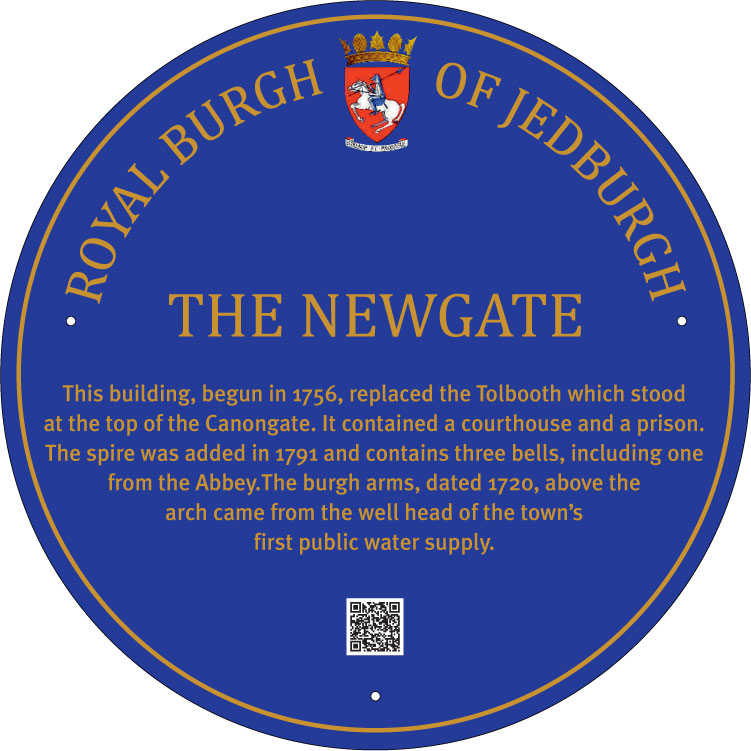