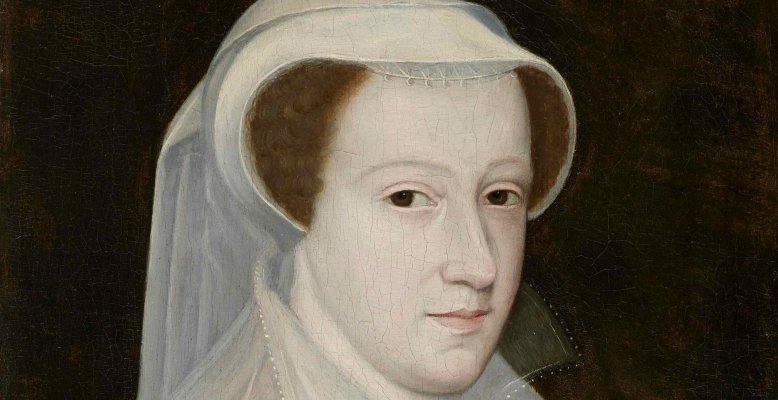 Mary visited Jedburgh in 1566 to preside over local courts, part of a “justice-ayre’ undertaken traditionally by monarchs to the high courts of their land. Mary also wanted to be seen by her people, to gain their loyalty at this troubled time. In addition, she hoped to try some notorious and troublesome leaders of local “reiving’ families, with a view to making the border area more law-abiding.

While in Jedburgh, she renewed the Charter of the royal burgh and granted money to the poor.

It is believed that Mary first lodged in an inn which would become in time the Spread Eagle. However a fire there made it necessary to find other accommodation and she was provided with that by a loyal local family, the Kerrs of Ferniehirst. This now known and Queen Mary’s House. Her husband, Lord Darnley, briefly visited her here.

She had appointed James Hepburn, Earl of Bothwell, as her Lieutenant-General of the Borders, who used his base at Hermitage Castle to establish himself with the Border lairds, bringing many of them into Mary’s camp. However he failed to bring any miscreants to face judgment at Jedburgh and was himself wounded. Mary made a long ride to Hermitage Castle and back in one day to visit him and as a result suffered a severe fever which nearly killed her. She was probably saved by the intervention of her French physician who came to Jedburgh to attend her. However, at her execution she was heard to say, “Would that I had died at Jethart.”

Bothwell was implicated in the murder of Darnley in 1567 and Mary married him as her third husband.

From this time on Mary’s fortunes plummeted until she was forced to flee to England and was executed by Elizabeth 1st in 1587.