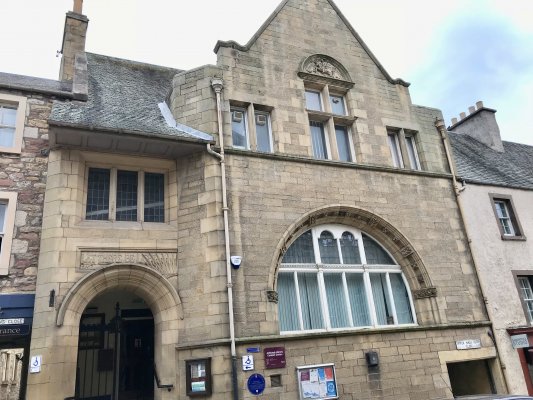 This was the second “Carnegie” Library in Jedburgh. The first was built in 1884 in the High Street but quickly became too small.

This present library was opened in 1900 by the benefactor himself, Andrew Carnegie, who donated £2000 for it.

It was one of 660 libraries built in Britain by the Scottish-American industrialist and philanthropist. He was born in Dunfermline, Fife in 1835, son of a weaver. The family emigrated to The United States in 1848 and Andrew made his fortune in the steel industry, becoming the richest man in the world. Thereafter, he sold his assets and set about giving away his fortune in charitable works.

Carnegie believed that people, especially poor people, could improve their lives through learning. These free libraries were designed to provide the means for them to do so. His motto, Let there be Light, is carved above the door.

The architect was George Washington Browne and it is reminiscent of grand 16th Scottish architecture. Admire the stonework and the fine arched window.

The library was probably built on the site of an inn, the Nag’s Head. Notice the “close” nearby. 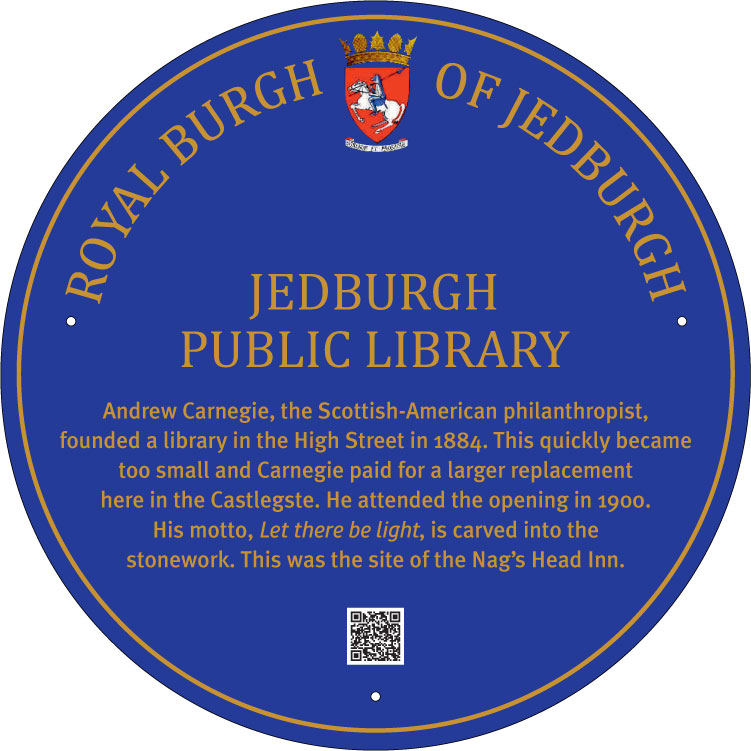