On the far side of the Co-operative supermarket car park you can pass through a gateway into this garden. This is the site of a convent founded by the magistrates and inhabitants of Jedburgh, probably in 1513. This friary had a short life, being attacked and burned three times, in 1523 and 1544 and 1545, during the wars with England and finally suppressed after the Reformation of 1560. Thereafter it was used for other purposes and the buildings demolished. It was excavated in 1982.

Jedburgh Friary was the last monastic house to be established in Scotland and probably the most extensive. This was a house of Franciscan or Observant Friars who wore grey habits and so were sometimes known as the “grey friars”. The members of the Franciscan order were horticulturalists, teachers and healers with close links to the local people.

The garden shows some of the foundations and drains marked out in gravel and cobbles. The garden has been designed to contain examples of the sort of plants the friars would have grown for food, medicine and practical uses. It includes examples of the fruit trees once grown in profusion in Jedburgh orchards. “Jeddart Pears” were exported as far as London. 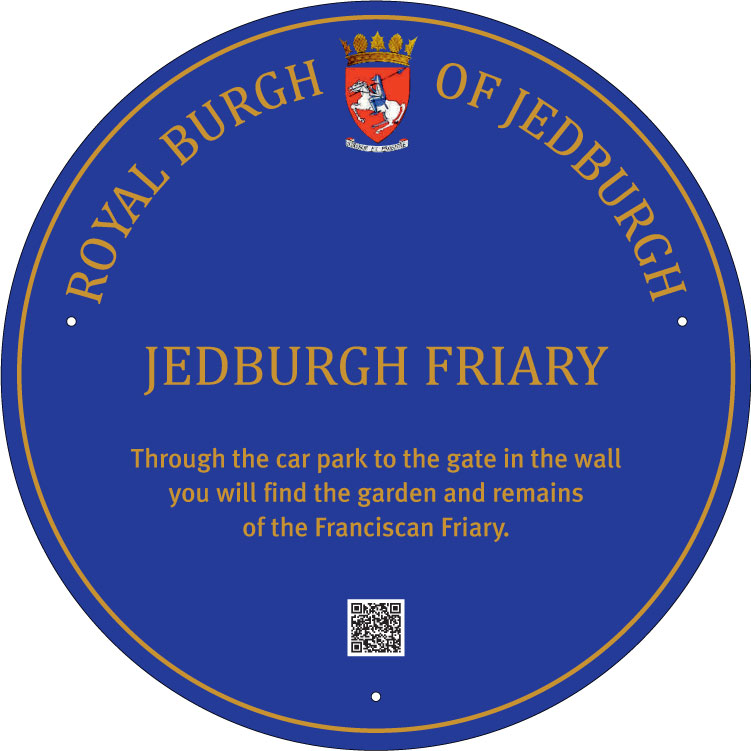