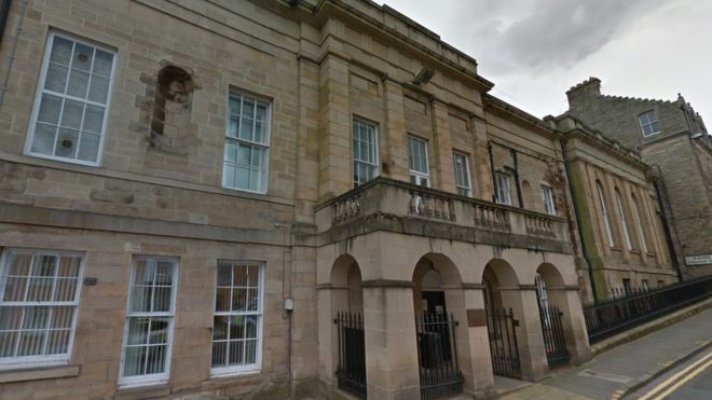 This is the latest of a number of buildings on his site or nearby. 18th century maps show a “Council House”. Around 1812 French prisoners of war were employed to help erect the predecessor to the present building, known as the “Town House”. The building took its present form in 1861 when a courthouse was added to the designs of Edinburgh architect David Rhind.

The sheriff court still meets in this building. Jedburgh was once the seat of the Circuit Court for the counties of Roxburgh, Selkirk and Berwick. This was when the High Court twice-yearly held sessions in key towns all round the country. Two or three judges would travel from Edinburgh to Jedburgh to try cases of a certain seriousness. There was a degree of pomp if not splendour associated with these occasions. A guard called the Crailing Guard would turn out to head the procession to the courthouse. There would be great dinners held in the principal inn, in Jedburgh’s case this was usually the Spread Eagle in the High Street.

Sir Walter Scott practised as an advocate in one of the earlier courthouses from 1793 and on occasion at the Circuit Court. He was a constant visitor to Jedburgh to visit his friend Sheriff Shorthreed who lived in the house now housing the Bank of Scotland. They were both involved in seeking out and recording the stories, songs and ballads of the Borders, published as the Minstrelsy of the Scottish Borders.

Sir Walter wasn’t always welcome in Jedburgh. In 1831 during the agitation for the passing of the Parliamentary Reform Bill, he came to Jedburgh and encountered the wrath of the crowd because he was opposed to the widening of the franchise. He had to move quickly to take refuge. 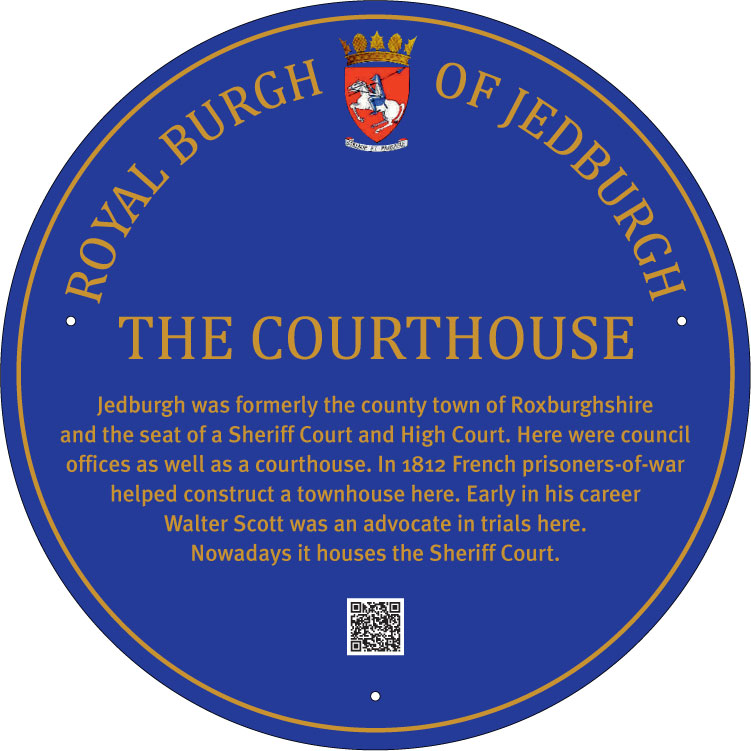