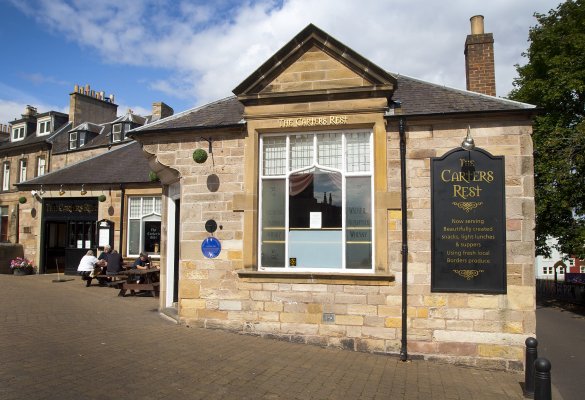 Currently a public house and restaurant, this building famously house the Grammar School from the 18th Century. The school on this site replaced the school housed in the Abbey, latterly at least in the South Transept and known as “the Latin Aisle”.

Jedburgh Grammmar school was widely respected for the education it provided and especially so during the headship of its Rector, James Brewster, in the 18th and early 19th century. He was very learned in Greek and Latin, and much liked, though also very strict. The family lived in a house (now demolished) in the Canongate where the Rector’s family took pupils as boarders. His son, Sir David Brewster, became famous for his researches and discoveries in the field of optics. 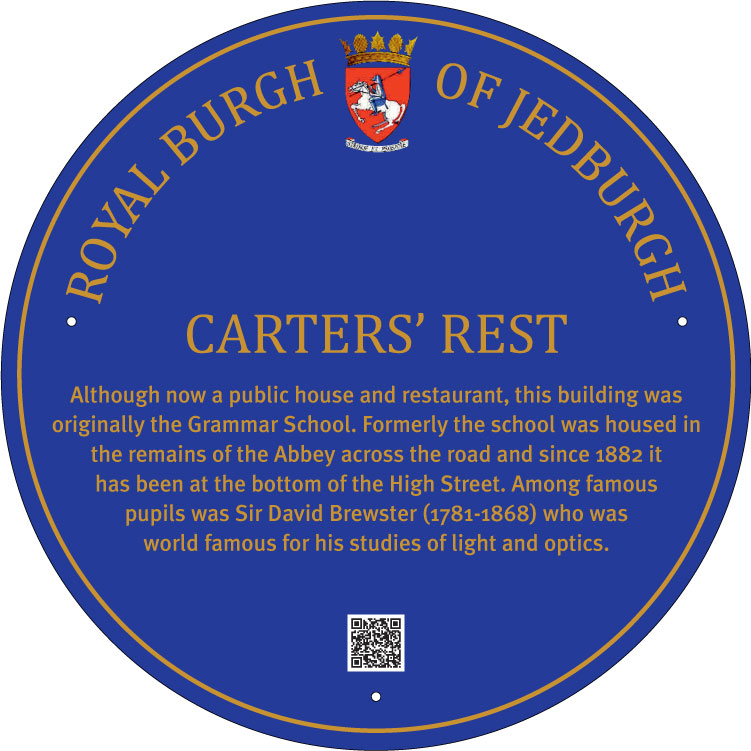