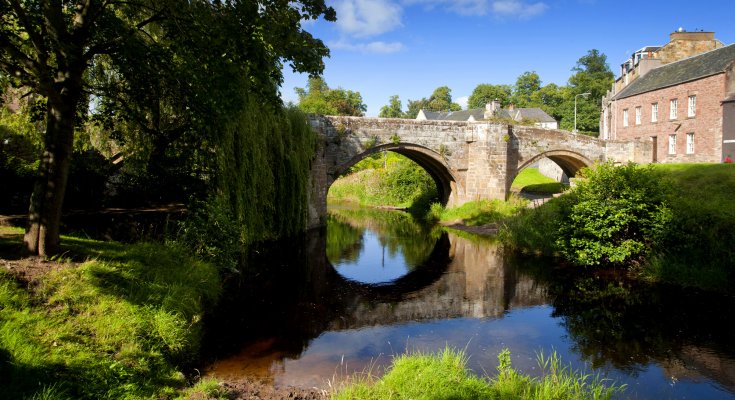 The Canongate Bridge is an unusually fine 16th century structure in a very pretty setting. Changes and repairs have been undertaken over the centuries. It has three arches and the two piers project into the river as cutwaters. The two east refuges have chamfered rybats which are likely to have come from a church, probably the Friary, which was largely destroyed in the 16th century.

The bridge spans the Jedwater below a ford. It carried the main road into Jedburgh by the Canongate, until around 1800 when new bridges were built to the south and north of the town. The roadway is at right angles to the bridge on each side and this would have slowed down traffic and helped to control access to the town. In addition a port or gate may once have stood at the centre of the bridge. In addition, the Canongate Port stood at the foot of that road. These features would have helped protect the royal burgh’s rights and privileges in terms of who could enter and trade there.

There is a delightful riverside walk, which can be accessed from the bridge.

Scottish terms used to discribe features of a burgh
The term gate or gait refers to the main streets in a town. Jedburgh had three gates: Castlegate, Canongate and Hiegate, now High Street. Smaller roads were called wynds, now Exchange Street. Closes are the narrow passageways through buildings to access the houses beyond. Jedburgh has a number of these closes. Sometimes they were protected by a yett, or gate. A port was a defended gateway at entrances to the town. 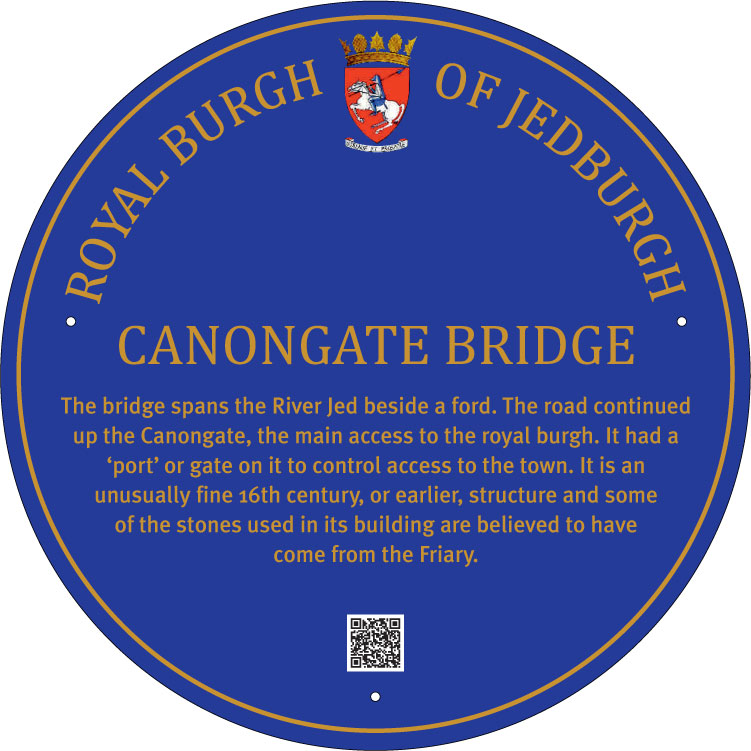