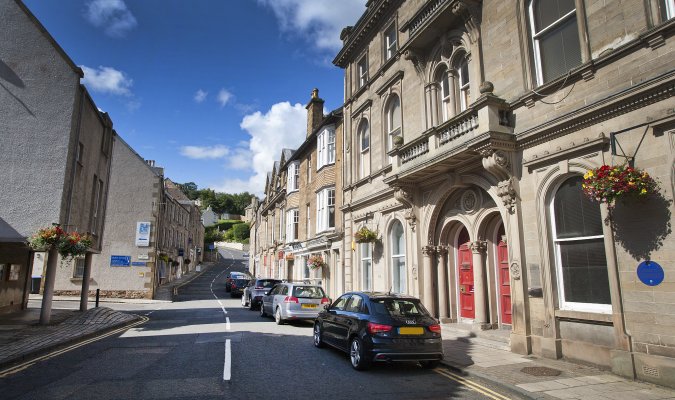 In 1601 the streets of Jedburgh were the setting for a serious affray. Such incidents may not have been so very rare in an age when the government found the Borders difficult to control and when local families fought one another and vendettas were common. It was a time when people owed their tribal loyalty to their blood relatives or families. They had forces of armed men, Reivers, who engaged in cattle rustling, feuding, murder and arson on both sides of the Border.

Feuds were common, but when the fight came into the streets of the royal burgh, it became serious.

The Turnbulls and the Kerrs were at odds with one another and had been enemies, probably since the fourteenth century. Thomas Kerr of Ferniehirst, the most important landowner of the area, was lodging with his family and servants in a tower house which occupied the centre of the burgh near the mercat cross. ( a pattern of stones near the present-day fountain indicates the position of this tower. One of the four main thoroughfares of the town, Burnwynd (now Exchange Street), gave access to the road to Hawick from whence the Turnbulls and their retainers came. It was protected by a port or gate. About 30 in all, they broke through the port at that point and made their way to the centre of the town, thus “ breaking the king’s and the provost’s peace”, a great offence.

A fair was in progress, the Rood Fair, one of the most important fairs of the year and many people would have been present. The burghers, seeing a crowd of armed men in the street behaving in such a manner, flew to their arms, and a bloody contest ensued in Burn Wynd, during which many fell on both sides. Thomas Kerr came out of his house to defend himself and the town but he was the main object of the attack. The townspeople eventually prevailed. However, Thomas Kerr and his servant died and many others were killed or injured.

Many of the miscreants were tried and condemned to death, but the feuds continued in a vicious cycle of revenge with magistrates struggling to maintain the peace. 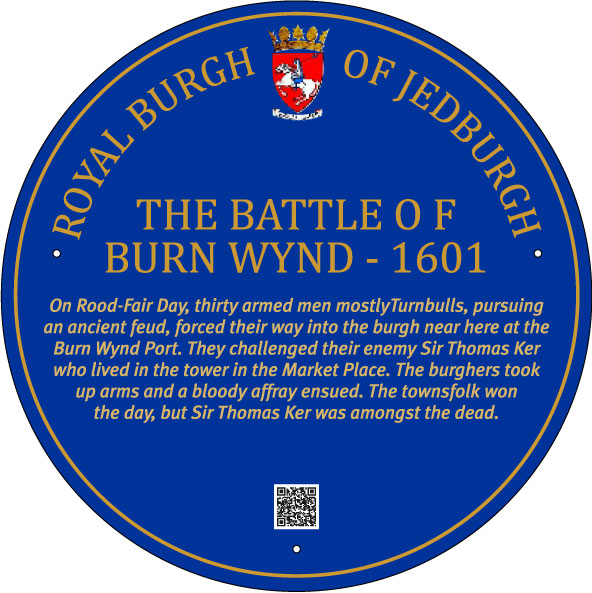